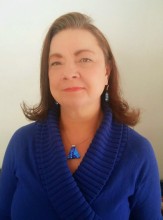 Robin Booth has been a proud member of CVE’s alto section since 2011.  She has served on CVE’s Board of Directors. Robin has a B.A. in theater and has performed leading roles with many local theater companies, including Homecoming Players, Ithaca Opera, Cornell Savoyards, CRS Barn Studio, Oswego Opera Theatre and Hangar Theater.  She is also a member of her church choir at St. Luke Lutheran Church. 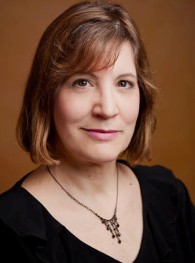 Lisa Banlaki Frank joined CVE in 2001, having sung previously with the Syracuse Vocal Ensemble. She is actively involved in musical theatre in the area, having performed with Savoyards Ithaca, Merry Go Round Theatre, Cortland Rep, and Firehouse Theatre, among many others. She was a founding member of Icarus Theatre and is an active member of the Cornell Interactive Theatre Ensemble. She lives in Freeville with her husband, a social psychologist who teaches statistics at SUNY Cortland, and two sister cats. Lisa received her BFA from the Hartford Art School at the University of Hartford and, by day, is Assistant Art Director at Cornell Alumni Magazine. She sings locally with The Tarps, and with The Three Ravens, a vocal trio. She also tap dances in the group The Time Steps located in Syracuse.

Diane Kubarek has sung with CVE since 1990. She has served as board member and treasurer (twice), and continues to assist with the finances when needed. She manages the technical infrastructure for the group’s donor database, and in the past she was responsible for the production of our first CD, and twice she has spearheaded redesigns of our web site. Diane has worked her entire career at Cornell University in various roles; currently she serves as Communications Director for the SC Johnson College of Business at Cornell University, where she works with her team to advance communications and marketing initiatives for the College and in support of the College’s dean and senior leadership. Diane loves quilting, cooking, traveling with her husband Keith, and spending time at their house in the woods with her their cat, Tupper.  Diane grew up in Cazenovia, NY and graduated from Wells College in 1989 with a bachelor’s degree in math, where she studied voice under Professor Crawford Thoburn and gave junior and senior voice recitals. 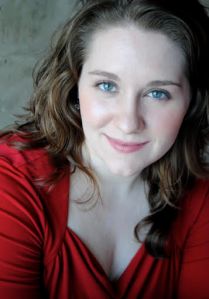 Katrina Kuka has been singing with CVE since 2016. A recent alumna of the Ithaca College School of Music, Katrina is a jill-of-all-trades: she assistant-directs and designs sets for school musicals, works at a local dog daycare, tutors private computer students, and much more. For her, CVE is a place of sanctuary, where she can put the world aside for a short while and focus her energy on making music with a fantastic group of musicians. When she’s not rehearsing, performing, or working, she enjoys long naps, cuddling with her cats, fixing her car, and spending time with Mother Nature.

Em Ludek has sung with CVE since 2015, prior to which they sang with Madrigalia in Rochester, NY. Em is a graduate of Cornell University (B.A. Music) and SUNY Brockport (B.S. Computer Science). Em currently plays keyboards and tenor saxophone in several local bands, including Papa Muse, Feed the Fire, and Nancy Babich. Em works as a software developer at Envisage Information Systems and as a freelance piano tuner. Em also enjoys knitting, reading, and playing drums.

Barbara Ann Powell has been a member of CVE since 2013. She lives in Endwell, NY, where she and her husband Dennis raised two sons. A retired music educator with the Binghamton City School District, she is an active member of New York State School Music Association(NYSSMA), Broome County Music Educators Association(BCMEA), National Association for Music Educators(NAfME), National Association of Teachers of Singing (NATS), and the Southern Tier Music Educators Association(STMTA). Barbara Ann studied and performed at the Saratoga-Potsdam Choral Institute (under the baton of several world-famous conductors), the Ogontz Choral Symposia under George Kent and Sir David Willcocks, the Basically Bach Ensemble, Binghamton Downtown Singers, A Company for Chamber Opera, and the Madrigal Choir of Binghamton. She has guest conducted numerous choral groups and festival choirs around New York State. Barbara Ann is currently a private voice teacher, specializing in children’s voices and the changing voice.

Dennis Powell has sung with CVE since 2011. A retired music educator, Dennis lives with his wife, Barbara Ann, in Endwell, NY. A graduate of the Crane School of Music at SUNY Potsdam, he began his teaching career in Watertown, NY (1974-1979) and in Broome County Catholic Schools (1979-1981) before finding his niche as a music teacher for Vestal Central School District (1979-2010). At Vestal High School he maintained a special tradition of excellence with the Vestal Voices, conducting them at NYSSMA earning Gold with Distinction, participating at Ithaca College premiering original works of composers in workshop and concert, and conducting them in a full concert at Carnegie Hall in 2003. Dennis is called upon as a baritone soloist, and has performed as a Resident Artist with Tri- Cities Opera, in A Company for Chamber Opera, and in Basically Bach Ensemble. Dennis also served for 14 years as music director of the First Presbyterian Church of Johnson City.

Sherry Smart rejoined CVE in 2016, but her roots with the group go back to 1977 when she sang with Ithaca a Cappella, a forerunner of CVE. She took a hiatus from the group when she moved to New York City in 1989. She holds a Bachelor’s degree in Spanish from Cornell and a Master’s in social work from Hunter College, and served as a lecturer in Spanish at Cornell. She has held several professional positions singing in church choirs in New York City, Ithaca, and Elmira since 1986. She was a member of The Usual Suspects, a six-voice unconducted ensemble in New York City, performing everything from Gesualdo to the B-52s; she also sang for many years with Schola Cantorum of Syracuse, specializing in medieval and Renaissance music. By day she is the Director of Social Work at Kendal at Ithaca, a continuing care retirement community, where she spontaneously bursts into song at unexpected moments. On the weekends she is usually up to her elbows in another experiment in sourdough bread.

Christina Taylor is in her fifth season with the Cayuga Vocal Ensemble. She is a graduate of the Fredonia School of Music with a degree in Vocal Performance. After college she spent several years in New York City primarily singing with the Gregg Smith Singers along with other freelance experiences. Now residing in Binghamton, Christina is involved in a variety of musical activities including being the soprano soloist at Trinity Memorial Episcopal Church, performing in musical theatre and other solo and small ensemble opportunities. She works as a school counselor for the Windsor Central Schools. 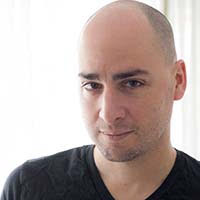 Daniel A.P. Taylor is a singer, dancer, and actor who has sung with CVE since 2014. He has trained with Patrice Pastore (Ithaca College), Ivy Walz, Lynn Craver, and Eliza VanCort (Actor’s Workshop of Ithaca). He has performed locally with many theatrical and musical organizations, including the CRS Barn Studio and Opera Ithaca. Favorite roles include James, Billy Blythe (Opera Ithaca); Ser Amantio di Nicolao, Gianni Schicchi (IC); St. Thomas Aquinas/Tim/Doctor, Mitzi’s Abortion (AWITC); Man, Closer Than Ever (BrandX). Daniel serves on the boards of Opera Ithaca, Cayuga Vocal Ensemble, and Homecoming Players. By day, he is a graphic designer and technologist working at the Ithaca College Library. His portfolio and C.V. can be seen at dplusdstudio.com.

Andy Weislogel entered into a lifelong love of choral singing with the Montclair Boys’ Chorus of Montclair, NJ at the age of ten. A member of various choruses, chamber choirs, church choirs, mens’ choirs, and pop a cappella groups through high school, college, and graduate school, Andy joined the Cayuga Vocal Ensemble in 1994 and has been proud to make music in the Ithaca community and CNY region ever since. Andy graduated from Hamilton College with a B.A. in Medieval Studies (including early music!) and holds a PhD in Italian and French Renaissance Art History from Cornell, where he now serves as the Askin Curator of Earlier European and American Art at Cornell’s Johnson Museum. Andy has served on the CVE board and is proud to have chaired the search committee that brought director Carl Johengen to the group. Andy’s wife Nancy and twin daughters all pursue music in various forms including handbells, cello, bassoon, piano, and show tunes.

Janine Willis has been singing with CVE since 2014. She also sings with the Ithaca Community Chorus and Chamber Singers, and has appeared as a chorus member in productions with Triphammer Arts, Inc. and Savoyards Ithaca. She has appeared as a guest soloist for the Ithaca Community Chorus, the SUNY Broome chorus, and for Music’s Recreation. She currently studies voice with Ivy Walz. Janine holds a Bachelor of Arts in Sociology from SUNY Oswego and a Master of Science in Higher Education Administration from the Warner Graduate School of Education and Human Development at the University of Rochester. Janine currently works for the Ithaca College Admissions Department during the fall and winter, and is a gardener for a local landscape company during the spring and summer.

We wish everyone the very best for the holiday season, and may the new year be filled with promise and hope. We can’t wait to see you all again when performances can resume!

We are thrilled to welcome Sean Linfors as the artistic music director of the Cayuga Vocal Ensemble! We are very excited to introduce him to our audiences in our next concert season. Be sure to watch this space for further performance announcements.

Tickets for March 15 concert will be honored

Tickets for our postponed March 15 performance will be honored when a new performance date is announced. Please check this space for updates. In the meantime, continue to wash your hands – 20 seconds! We like singing the chorus of “Spoonful of Sugar” from Mary Poppins to mark the 20 seconds.

“A Celtic Christmas” available on CD

What some of our audience members are saying…

…about our December 2016 performance:

“…director Carl Johengen and his group of 20 singers spelled out lovely and beautifully blended tonality in selections from Byrd to Bruckner… It’s no mystery why this choral ensemble has endured and maintained a level of excellency. Its tone is clean, uniform and well-balanced.”

…about our May 2015 “Civil War Commemoration” performance:

“I found the concert unlike any musical event I have ever experienced. The setting of Walt Whitman’s Civil War poetry to music, backed by marvelous and idiosyncratic acoustic guitar playing, made his poetry come alive and meaningful as it never before had been… I came away deeply moved. Throughout Carl Johengen’s conducting was superb. Thank you very, very much!”

“I do not believe that I have ever been more moved by a musical performance. My friends and I left in tears. The whole spirit of the time became so palpable, together with the immense tragedy of the cost of that war in terms of human suffering. The arrangements, dynamics and quality of performance were truly exalted.”

“Last night’s performance was simply beautiful and so well done! I was especially moved by the Hennagin piece. That piece was such an intense illustration of the sheer power of music. Thank you (and all of the singers!) for all of the time and work that goes into putting together a program such as last evening’s. It was a memorable experience for me.”